Requires the player to reach Tier 49 in Season 2 Battle Pass.

This is another Fortnite Battle Royale emoticon that allows you to express yourself on the battlefield.

The Floss emote is represented by a character who moves its hands to and fro repeatedly around a specific position. This dancing style is similar to the Backpack kid dance and has gone viral and become very common in many schools across the United Kingdom ever since it was pioneered.

Initially, the Floss dancing style looks ordinary, but the speed at which it is carried worth is actually breathtaking. The Floss character emote can be brought out to taunt and terrorize your opponents after a hard-earned victory. It can also be used to express great dominance as well as celebrate supremacy over your opponents.

Floss emote is not available for purchase but can instead be earned from the Season 2 Battle Pass at Tier 49. Players can equip themselves with 6 emotes/emoticons which will be available on the Emote Wheel whenever the “B” button is pressed on their PC during active gameplay. 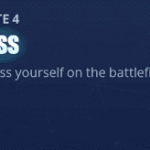 Floss high-quality PNG images with transparent background to use them as you wish (YouTube thumbnails, skin concept and so on). Push it past the limit.

Are you in the club?

Is it possible to get battle pass 2 if we are now in 3?

So far is not possible, maybe in future.

This is just an idea, a trading system between emotes, skins and such. You can put an emote you don’t want for and emote that you really want in a waiting list, say I want the “Floss” and I’m willing to trade “Electro Shuffle” for it. When someone looks on the list and sees that they want “Electro Shuffle” they can trade it for the “Floss.” Trading costs a certain amount of vbucks depending on if its an emote or a skin. Just an Idea I had 🙂