Requires the player to reach Level 5 in Season 2.

Wave is one of the figures character emotes that is included with the Fortnite Battle Royale video game, where the character waves his hand.

Waving emote is an illusionary dancing style made out of body progression of developments that give the appearance that a wave is crossing the game character’s body.

Waving is one of the popping and funk dance scene and is frequently practiced with popping and its related styles. Today, lots of professionals work on waving without including popping. The wave emote can be used by Fortnite Battle Royale users to gain their opponents’ attention and mock them.

For a start, the arms wave is begun by holding the two arms out to the sides of the character’s body, parallel to the ground. The character emote then brings down the adjoining segments of its arm while keeping whatever remains of the entire body to rest beginning with the fingertips in a single arm and completion at the fingers of the other arm. While lifting the elbow and staying still, the character emote slightly raises the hand to keep up the fantasy that it stays still. At the chest level, the wave can travel either before the chest or along the back where the dancer can include accents. The wave emote can be initiated several times within the game to taunt or frustrate your opponents where the character emote continually gives an appearance that a wave is going up or down the body.

This emotes is earned as a free path tier 5 Battle Pass rewards, which means you need to level up to Level 5 in Season 2 (ended) before you can unlock this emote. 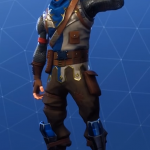 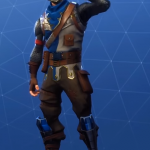 Wave high-quality PNG images with transparent background to use them as you wish (YouTube thumbnails, skin concept and so on).

The T-Pose is among the uncommon emote animations for the game Fortnite Battle Royale. This pose was released along with the scarecrow-themed set called...

The It’s Go Time is a rare emote animation that can be unlocked during the Season 6 for the game Fortnite Battle Royale. It’s... 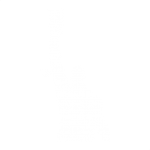 The Red Card is the name of one of the uncommon emotes for the game Fortnite Battle Royale. Emotes are short animations and gestures...

Face Palm is one of the interesting emotes that is included with the Fortnite Battle Royale video game. The Face Palm emote is symbolized...

How come my friend has it, but he only started playing fornite the third season…

i got over level 5 last season and never got the wave emote. My in game name is xd umad561

It says 2nd season you were Season 3

It is for season 2

How come tfue got banned in season 4. He made a new account in season 4 and got the wave emote??? while I got banned too and started a new one, there is no way for me the get it.

He didnt but okay

haha salty plebs you aint got that quick farm

Pls the description is si bad, It has nothing to do with WhatsApp the emite does… Please change It…

When will the wave come back?

Please add T-Pose immediately i need it for an app

Stupid question: Can I get “wave” now? Or i need to go back in time?

I have only been playing since season 3. I have the wave emote tho??????

can i get this emote

i need a rare accunt