Puffed up and ready for landing.

The Poofy Parasail is the name of one of the rare glider skins for the game Fortnite Battle Royale. Glider skins will change the appearance of the player’s default glider but will not change or alter its performance, speed, acceleration, or efficiency.

The Poofy Parasail transforms the player’s default glider into a big and poofy blue glider that looks like a puffed-up balloon. The sail of this glider looks like the body of a jellyfish while the wings look like fins of a shark or whale.

This rare glider skin is part of the Animal Jackets set.

There is 6 cosmetics item in the Animal Jackets set, check the list below to see which items are included.

The Growler is an epic male avatar skin only available for the Battle Royale version of the game Fortnite....

The Flapjackie is among the epic female avatar skin only available for the Battle Royale version of the game...

The Jackspammer is an uncommon pickaxe skin for the game Fortnite Battle Royale. Pickaxe skins alter the appearance of...

The Poofy Parasail is the name of one of the rare glider skins for the game Fortnite Battle Royale.... Puffed up and ready for landing.

Part of the Animal Jackets set. 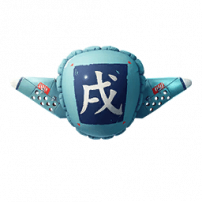 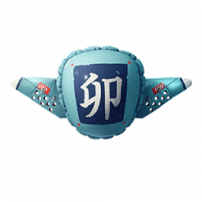 Poofy Parasail high-quality PNG images with transparent background to use them as you wish (YouTube thumbnails, skin concept and so on). Poofy Parasail rotation history in the Fortnite Shop. Below you can see the first and last time when Poofy Parasail could be bought from Item Shop, also how many days it was seen and the dates list. This cosmetic item can be re-added in the future, so check the store regularly.

Go down in flames!

Forerunner is the name of one of the rare glider skins for the game Fortnite Battle Royale. Glider skins do not have any added...

This app is so

This was in the item shop a day ago got removed af...