Snow Squall is a Fortnite glider skin preparing you for the Winter.

The Snow Squall glider of uncommon rarity represents the snowy seasons of the year. Colored black, white and grey with camouflage-patterned wings this glider does not expect Summer to turn up anytime soon. Unleash winter’s icy wrath by equipping this frosty glider as you drop towards the ground like an oversized snowflake.

This uncommon glider skin is a part of the Arctic Command Set.

There is 4 cosmetics item in the Arctic Command set, check the list below to see which items are included.

The Ice Breaker is the name of one of the uncommon pickaxe skins for the game Fortnite Battle Royale....

The Arctic Assassin is one of the rare costumes for the game Fortnite Battle Royale. This costume is the...

The Absolute Zero is the name of one of the rare costumes for a male character for the game...

Snow Squall is a Fortnite glider skin preparing you for the Winter. The Snow Squall glider of uncommon rarity...

How to Get it

During Winter Season the Snow Squall glider was obtainable through item shop in-game. If you want to get a hold of it these days, you will have to check out the Item Shop where it is sold on rotation for the price of 500 V-Bucks (about $5). 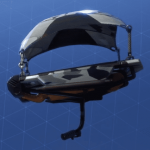 Snow Squall high-quality PNG images with transparent background to use them as you wish (YouTube thumbnails, skin concept and so on). 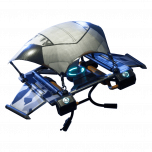 Snow Squall rotation history in the Fortnite Shop. Below you can see the first and last time when Snow Squall could be bought from Item Shop, also how many days it was seen and the dates list. This cosmetic item can be re-added in the future, so check the store regularly.

Jolly Roger is a Fortnite glider skin that makes your glider just a bit more jolly. The Jolly Roger glider is a skin of...

Mainframe is the name of one of the glider skins for the game Fortnite Battle Royale. This glider is a part of the Overclocked...

I bought that and only got few of the items