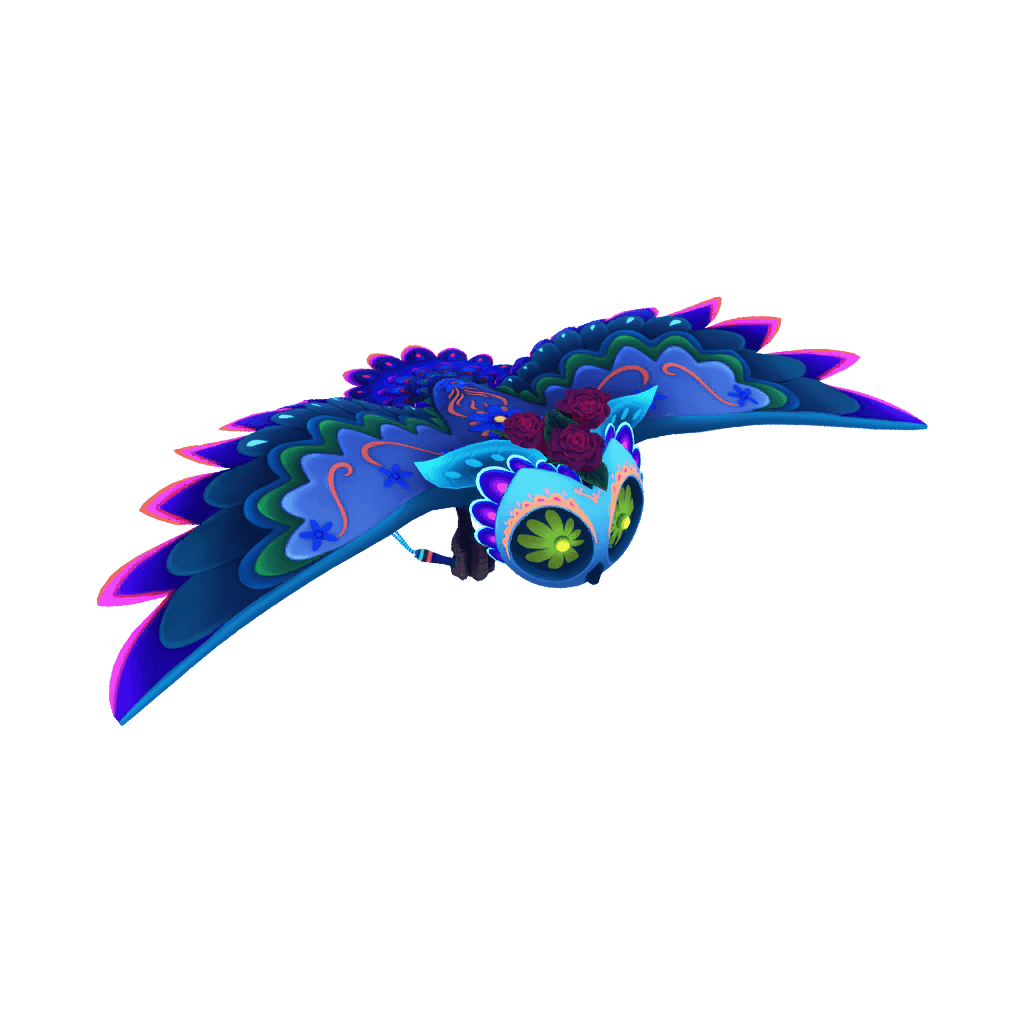 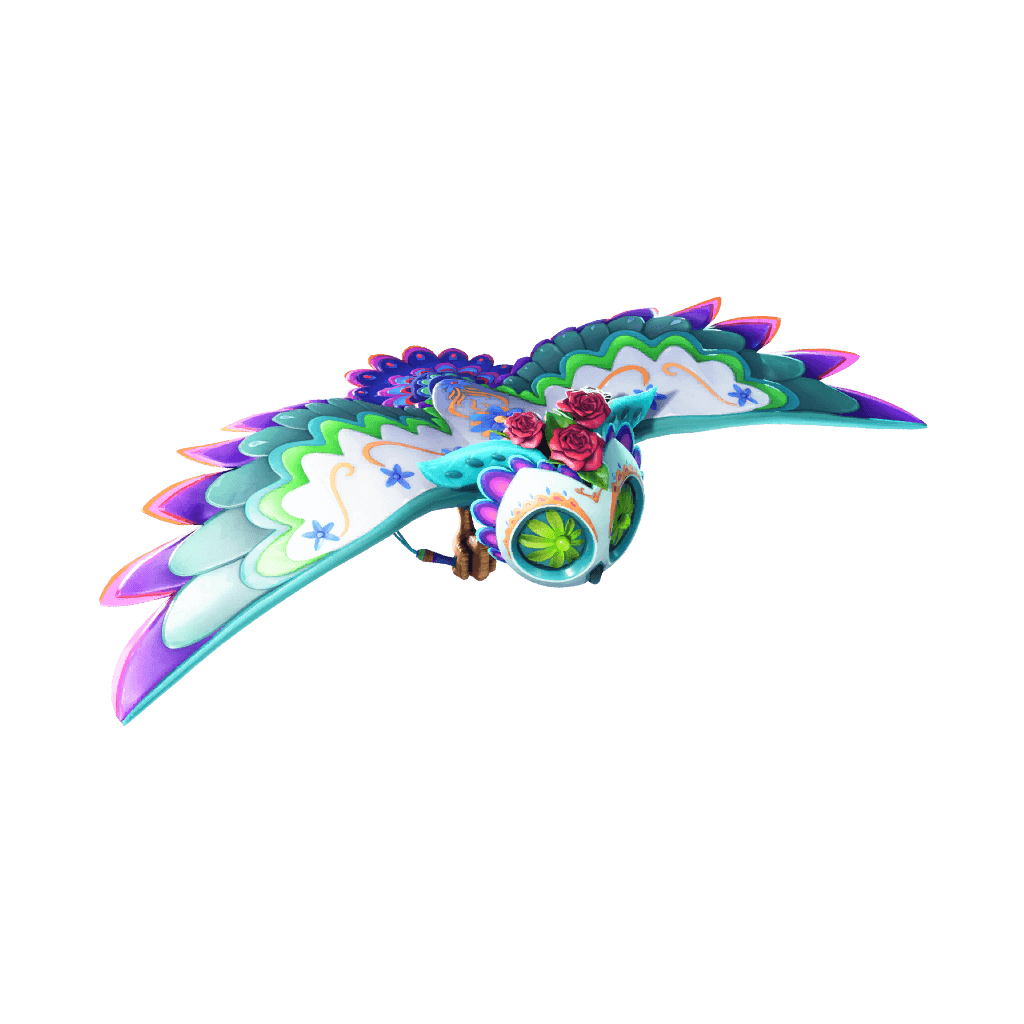 The Spirit is among the few animal/beast -looking glider skins available only on Fortnite Battle Royale. This glider skin will change the appearance of the player’s default glider without altering its performance or functions.

The Spirit glider skin features a white owl that is said to be a spirit animal guide in the Mexican Day of the Dead culture. This owl features green, blue, and violet details in its feathers, and has green and yellow eyes. The white owl also features some multi-colored decals and three red roses on top of the owl’s head. As a glider, this owl will carry the player by letting the player hang on its claws. Control, speed, acceleration, and function of the glider remain the same as with the default glider skin.

This epic glider skin is part of the Day of the Dead themed set called Muertos that was first released in 2018.

This glider skin can be purchased in the Cash Shop during the Mexican Day of the Dead event. Spirit high-quality PNG images with transparent background to use them as you wish (YouTube thumbnails, skin concept and so on). Spirit rotation history in the Fortnite Shop. Below you can see the first and last time when Spirit could be bought from Item Shop, also how many days it was seen and the dates list. This cosmetic item can be re-added in the future, so check the store regularly.

The Dirigible glider skin is an epic rarity glider for the game Fortnite Battle Royale. This glider skin will change the appearance of the...

The Viceroy Mark I is the name of one of the epic glider skins for the game Fortnite Battle Royale. Glider skins will change...