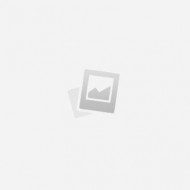 The battle between the IO and the Seven rages on in the first update of Chapter 3 Season 2, and in this article we’re going over all the biggest changes!

The first big patch of Chapter 3 Season 2 has now been released, and as was expected from the Fortnite community not much has actually been added or changed in the game.

The big change to Fortnite this time around is the focus on the Daily Bugle.

The IO and the Seven resistance have both gathered at the POI in an all out battle. If you drop into this area you can force the IO back and gain some pretty good loot. The Hunstmaster Saber boss can currently be found in the IO blimp above the location.

None of this will be occurring in competitive playlists, other than the relocation of the Huntmaster Saber boss to the IO blimp above the Daily Bugle.

The Heavy Sniper Rifle has now returned to the game, but has been overhauled slightly.

The weapon will no longer be able to eliminate a player in a single shot, but its powerful rounds will do bonus damage to vehicles, allowing players to take out tanks or other vehicles with ease.

Heavy Snipers are available in any chests in Rare, Epic, and Legendary rarities. However, you won’t be able to find them in any competitive playlists.

Donation boards, which can be found at any of the major POIs on the map, will give players the ability to donate their hard-earned bars to either of the two weapons. The first one to reach 100% funded will be unlocked while the other will stay firmly locked in the vault.

That’s everything that’s changed on the Fortnite Island this patch, which honestly isn’t all that much.

Cosmetics always get leaked when a new update is released, and update 20.10 is no different.

There’s only a couple of new skins in the files this time around.

One of them is to do with Easter, and is an edit style for the popular 2021 Fortnite Easter skin Dutch! Usually, Fortnite does quite a lot for Easter, so we’ll have to wait and see if they add anything else to the game later on down the line, but for now, it really does seem like this is it.

Elsewhere we’ve got the dark and mysterious Sorina who looks very cool if just a little bit edgy. There are more encrypted skins in the files, but the data miners haven’t managed to crack through those encryptions just yet. All we know is that at least one of them will be an Icon skin based around the YouTuber Chica.

You can always keep track of more leaked skins here->