Is it strange that female skins statistically are more popular in Fortnite than male ones? Not at all! Every page of human history and art idolizes the female body. And it’s no secret that female proportions are perfect and visually pleasing for every viewer. Fortnite players are not an exception. Players can see their character all the time they play, so appearance matters at least for our inner aesthetic. Here they are – the best female Fortnite skins. 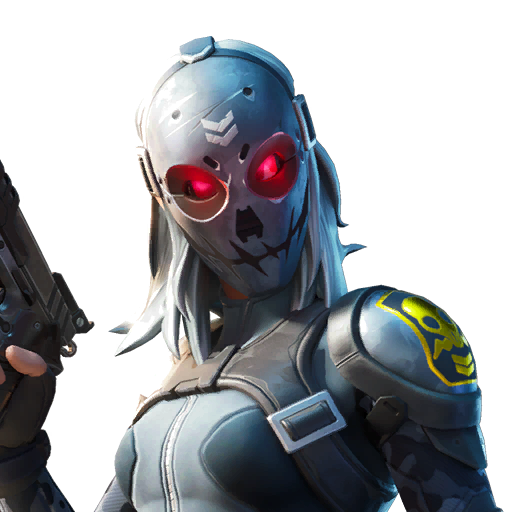 Have a look at that bio-enhanced beauty. Machinery parts – that is what a good soldier needs. And trust me Zadie – is one of the best. She trained herself really hard to be able to fight in every possible location. That is why there are three selectable styles available: Default, Arctic, and Jungle. This way she can fit adequately in different landscapes. There is also some bad news about her though. It was more than a year since the last time she was available in the Item Store. That skin is Rare and it costs 1200 V-Bucks. 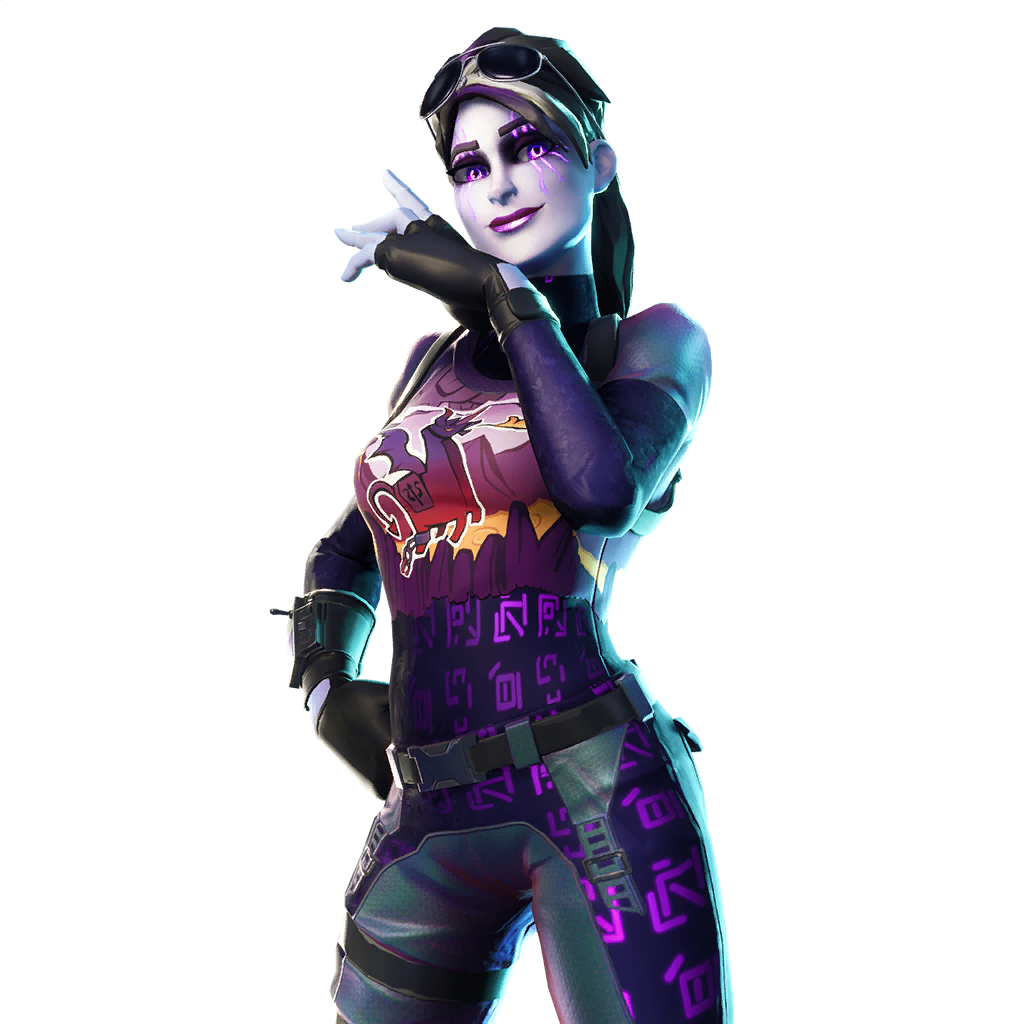 Are you into girls who forgot what daylight is? Then here comes your queen. Dark Bomber is the icon of the gothic style. She also has a pretty interesting backstory. The path of Brite Bomber once crossed with a very strange artifact – the Cube. And she ended up touching it. At that moment Dark Bomber were born. Like a dark version of Brite herself. Dark Bomber outfit usually appears in the Shop once in 33 days. Its rarity definition sounds like “Dark Series”. The price is 1200 V-Bucks. 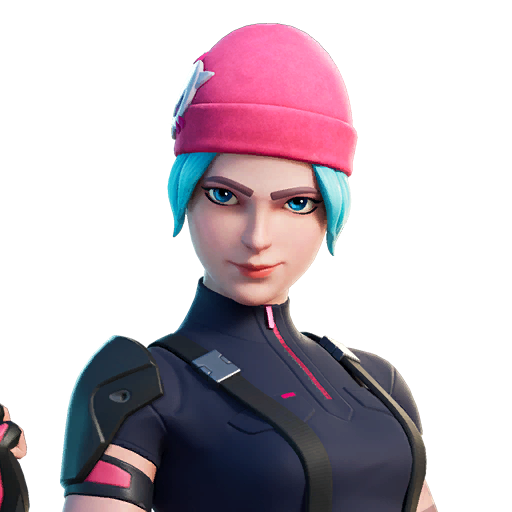 She is a strong and healthy woman. But she is definitely not an easy one. You can only have her as a part of the WildCat Nintendo Switch Bundle. She also likes to change her outfit, so there are three selectable styles: Default, Blue, and Blueprint. This skin has an Epic rarity. If you are a fan of Japanese animation and manga, most players are sure which skin you will choose. To achieve that, you will need to reach level 73 of Chapter 2: Season 5 Battle Pass. I bet that incredibly unique Epic outfit is worth it. Also, there are two additional styles for her: Mechafusion and Warstrike. You can get them by completing epic quests in Chapter 2: Season 5. A camera instead of a face. That is genius and useful for a headhunter she is. Would you like to look at a cyborg woman in tight leather while you play? You are not alone. No wonder she made it to the top of the most popular female skins in Fortnite. Usually, she shows up in the item store once in 34 days. This Rare skin costs 1200 V-Bucks. 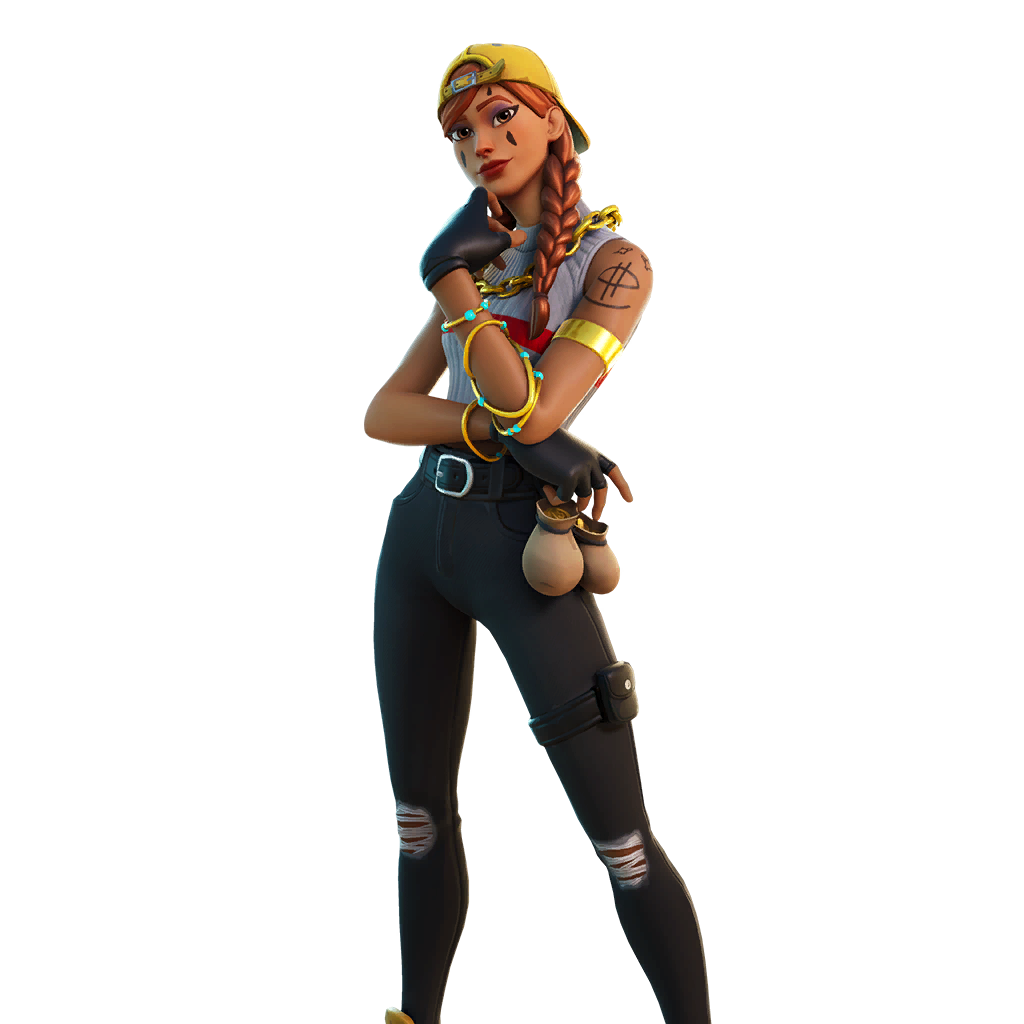 Another headhunter and she’s so impossibly hot. Red hair, golden bracelets, chains, fingerless gloves. In some sort of strange way she even makes us think of grave robbers or archaeologists. Maybe the combination of raggedy clothes with gold is the reason for those associations… Who knows? There are two selectable styles: Default and Winter Hunter. Once in 32 days, you can find that Uncommon skin in the item store for 800 V-Bucks. She seems ready for everything. A facial mask for the Covid pandemic. A helmet for an occasional stone falling right on her head. Armored elements for unexpected fights. Adorable tribal blackwork tattoos probably just to look even cooler. You can purchase that Uncommon skin in the Item Store once in 34 days for 800 V-Bucks. Someone must’ve invented the time machine. It is the only possible explanation. Siren came to us from a 1940s noir movie. Her Noir style at least. You can get that Rare outfit once in 33 days for 1200 V-Bucks. An intergalactic beast hunter. That job title sounds severe. But not as powerful as the look of that woman. There are 6 selectable styles, each one of which you can get by achieving a certain level in the Battle Pass. Reach level 15 to get the Default style and level 22 for Nebula Racer Reese. Complete 12 epic quests for Galactic Ranger Reese. To unlock Sapphire, Topaz, and Zero Point Reese you need to reach level 110, 160, and 205. Current skin is defined as an Epic one. Is she a woman, a goddess, or the whole universe, trapped in a human form? This Legendary skin has two selectable styles: Default and Crown. She was only available for Fortnite crew members during December 2020.