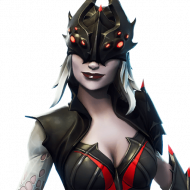 Weave a web to victory.

Arachne is a legendary female outfit that features a spider-themed appearance. This outfit is available for the Battle Royale version of the game Fortnite. The Arachne is the female counterpart of the legendary skin called Spider Knight.

The Arachne is an ash-haired female avatar skin that features a cool Spider inspired costume that comes with a black and red leather vest, a black slim pants, a pair of black armored gauntlets and a creepy looking helmet that resembles a spider’s head. While the Spider Knight resembles a medieval fantasy knight, the Arachne costume resembles more rogue-like appearance. The Arachne also comes with a back bling cosmetic item in a form of a giant spider hanging on the avatar’s back.

Arachne comes from the Spider-inspired set called Arachnid. This legendary skin features a back bling item called Long Legs as a bonus upon purchase.

The Spider Shield is among the few shield items for the Battle Royale version of the Fortnite game. This... 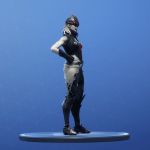 Arachne high-quality PNG images with transparent background to use them as you wish (YouTube thumbnails, skin concept and so on). 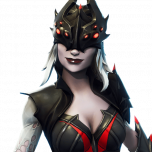 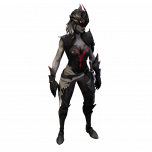 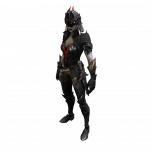 Arachne rotation history in the Fortnite Shop. Below you can see the first and last time when Arachne could be bought from Item Shop, also how many days it was seen and the dates list. This cosmetic item can be re-added in the future, so check the store regularly.

Get the last word.

Who needs nine lives when one is enough?

This skin almost looks like the “Dusk” skin. Other than that I’m quite fond of this skin!