The wandering warlock of Wailing Woods.

The Castor is the name of one of the epic male avatar outfits for the game Fortnite Battle Royale. Outfits change the appearance of the player, but do not have any added function or provide any benefit.

The Castor outfit changes the appearance of the player into an old gray-bearded man in a reddish-brown hood. The avatar skin also features a beautiful blue amulet and has a vial of potion and an ivory pipe hanging on its belt. The avatar also features a blue undershirt and some fantasy medieval decals – suggesting that the avatar is a magician. The lore of this skin states that the avatar is a wandering warlock of Wailing Woods – one of the locations of the Fortnite game.

This epic costume is part of the Arcane Arts Set. Purchasing the outfit also grants the Spellbinder cosmetic back bling item.

There is 6 cosmetics item in the Arcane Arts set, check the list below to see which items are included.

The Magic Wings is one of the epic glider skins available for the Battle Royale version of the game...

The Spellslinger is the name of one of the rare pickaxe skins for the game Fortnite Battle Royale. Although...

The Spellbinder is a cosmetic back bling item with an epic rarity. This item is available for the game...

The Tome Pouch is the name of one of the epic back bling cosmetic items for the game Fortnite... 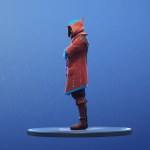 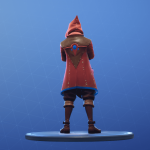 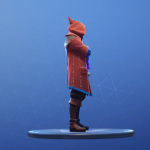 Castor high-quality PNG images with transparent background to use them as you wish (YouTube thumbnails, skin concept and so on). 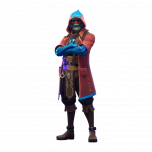 Castor rotation history in the Fortnite Shop. Below you can see the first and last time when Castor could be bought from Item Shop, also how many days it was seen and the dates list. This cosmetic item can be re-added in the future, so check the store regularly.

The Alpine Ace (CAN) is an epic Fortnite Battle Royale Outfit and is the Canadian version of the Alpine Ace skin. The skin was...

Fly in light, live in the eclipse.