Failure is not an option.

Requires the player to reach Tier 87 in Season 3 Battle Pass.

Elite Agent is one of the epic female outfits for the game Fornite Battle Royale.

The outfit is part of the Black Vector Set which contains a total of 6 items themed around special agents and covert operations.

There is 6 cosmetics item in the Black Vector set, check the list below to see which items are included.

The Catalyst is the name of one of the back bling cosmetic items for the game Fortnite Battle Royale....

Precision is the name of one of the cosmetic Back Blings of the game Fortnite: Battle Royale. Back Blings...

Tactical Spade is the name of one of uncommon harvesting tool skins for the game Fortnite Battle Royale. The...

The Rogue Agent Elite Agent is one of the Epic outfits for the Black Vector Set for the game...

This Epic outfit is earned at Tier 87 of the paid Season 3 Battle Pass. Failure is not an option.

Part of the Black Vector set. 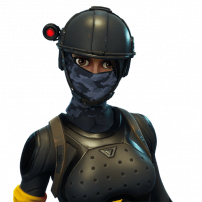 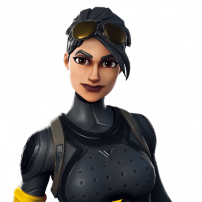 Elite Agent high-quality PNG images with transparent background to use them as you wish (YouTube thumbnails, skin concept and so on). 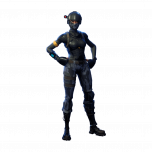 Say hello to your worst nightbear.

A wandering spirit with unfinished business.

Supreme Leader of the First Order.

On the thumbnail it says T97 instead of 87

My opinion is that this is the most OG skin of the game.I use it all the time!!!

How is a season 3 skin og lol. Like og as a concept for fortnite is stupid as shit but even if it wasnt, season 3 isnt og

I would like to start a FNBR Elite Club of Campers that’s not solely focused on run & gun. Where would this best be accomplished to reach the better skilled campers? thanks.

My mane skin there