The Gridiron is among the many football-themed avatar skins available for the Battle Royale version of the game Fortnite. This avatar skin features many options for customization themed after the National Football League.

The Gridiron features a male avatar with a bulky body wearing a football player uniform. This skin features customizable styles allowing the player to choose a design among the 32 options that represents the team that participated in the National Football League. The skin also features the special Fortnite team with the logo of a pink llama. The outfit can be numbered from 1 to 99.

This epic costume is part of the Fourth Down set that was created to give honor to the National Football League.

There is 12 cosmetics item in the Fourth Down set, check the list below to see which items are included.

The Touchdown is the name of one of the uncommon glider skins available for the Battle Royale version of...

The First Downer is the name of the uncommon harvesting tool skin available for Fortnite Battle Royale. This skin...

The Golden Pigskin is an uncommon harvesting tool skin available for the Battle Royale version of the game Fortnite....

The Upright Axe is a harvesting tool skin available for the Battle Royale version of the game Fortnite. The... 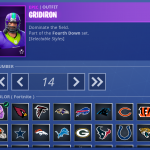 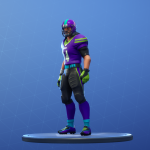 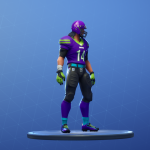 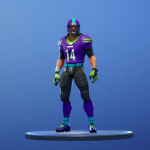 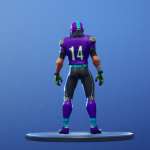 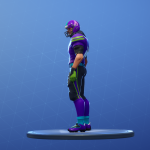 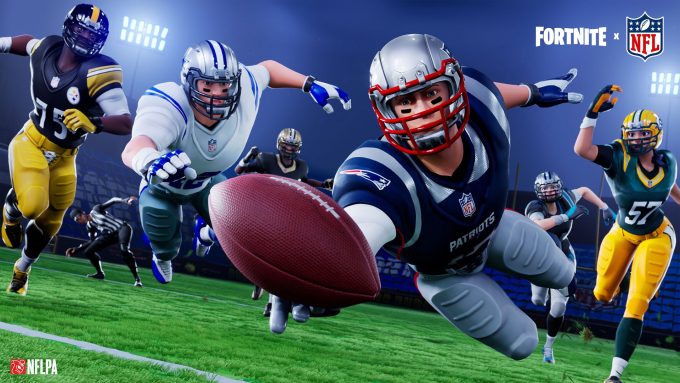 This skin has 35 selectable styles that can be unlocked in-game, check below.

Part of the Fourth Down set.

Gridiron high-quality PNG images with transparent background to use them as you wish (YouTube thumbnails, skin concept and so on). 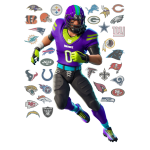 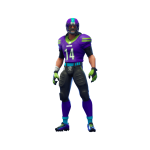 Gridiron rotation history in the Fortnite Shop. Below you can see the first and last time when Gridiron could be bought from Item Shop, also how many days it was seen and the dates list. This cosmetic item can be re-added in the future, so check the store regularly.

The Sun Strider is the name of the epic female skin outfit for the game Fortnite Battle Royale. Skins change the appearance of the... 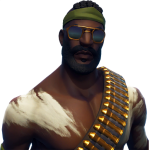 Bandolier is the name of one of the male outfits for the game Fortnite Battle Royale. Skins and costumes do not provide any function... 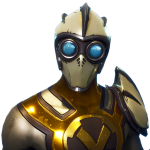 Venturion is the name of one of the epic outfits for the game Battle Royale. The Venturion outfit features silver skin-tight spandex with gold...

The Mothmando is an epic avatar costume that was introduced to the Battle Royale version of the game Fortnite. This skin was released to...