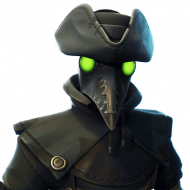 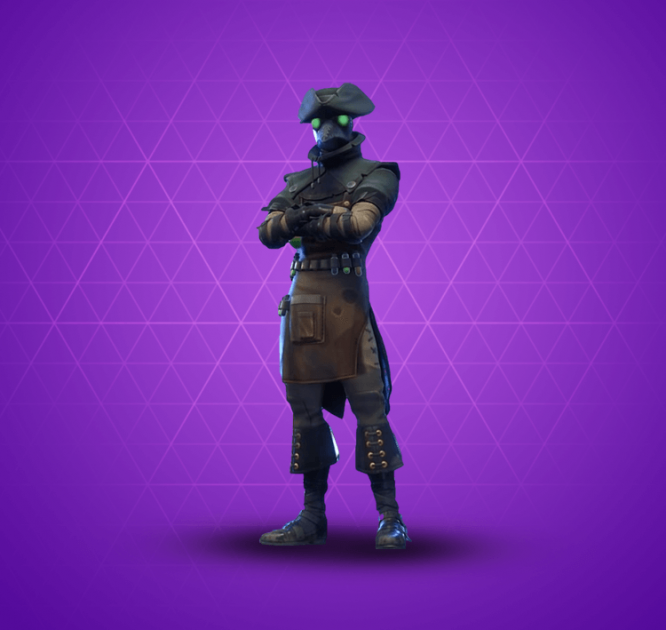 The Plague is an epic male player skin that is only available for the Battle Royale version of the game Fortnite. The Plague outfit replaces the appearance of the player’s avatar but does not provide any added function or benefits. Plague is the male version of Scourge.

The Plague features a mysterious masked man in a dark coat and dirty brown apron. The skin also features a black narrow hat and a plague doctor’s mask with ominous glowing eyes. This player skin also features black leather gloves, and boots, while the brown apron is filled with various vials and potions of unknown medicine. The outfit is made complete with a dirty and torn cape called Dismal Cape back bling cosmetic item. This avatar is based on the plague doctor medical physicians during the bubonic plague.

The Plague avatar skin is part of the Grim Medicine Set. This skin comes with the Dismal Cape epic back bling cosmetic item as its bonus back bling.

This skin can be purchased in the Item Shop during its rotation. 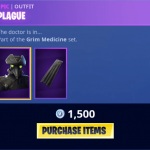 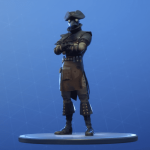 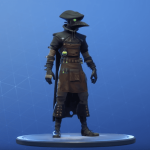 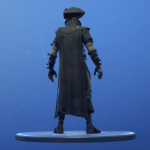 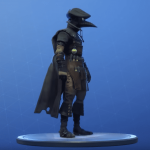 Plague high-quality PNG images with transparent background to use them as you wish (YouTube thumbnails, skin concept and so on). 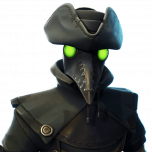 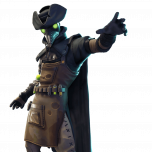 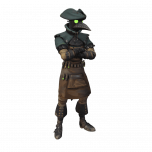 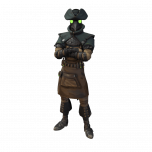 Plague rotation history in the Fortnite Shop. Below you can see the first and last time when Plague could be bought from Item Shop, also how many days it was seen and the dates list. This cosmetic item can be re-added in the future, so check the store regularly.

The Ace is the name of one of the epic female skin outfits for the game Fortnite Battle Royale. Outfits change the appearance of...

Coiled and ready to strike gold.

The supreme queen of sparkle.

Can you do this on iPad?

its on save the world

Will return to the shop? or is only seasonal?

Is this skin considered rare ??

Ruined History For me

who was the creator of this skin? asking because i want to support a creator. thanks

when will it come back to store I really want it

This skin is quite ugly, to be honest.