Requires the player to reach Tier 87 in Season 5 Battle Pass.

The Rook is the name of one of the epic female skin for the game Fortnite Battle Royale. Skins change the appearance of the player, but do not have any added function or benefit except for aesthetical.

The Rook features a smart-looking woman wearing a white sleeved polo under a black office vest and a pencil shirt. The avatar also wears yellow glasses and carries some bandoliers for combat. The outfit looks as if a desk jockey got a sudden promotion to become a field agent. The bandolier and other items that the avatar carries are only cosmetics and do not provide any benefit or real function.

The epic costume is not a part of any set.

The Rook epic outfit can only be unlocked by purchasing the season 5 paid Battle Pass and reaching Tier level 87 of the game. 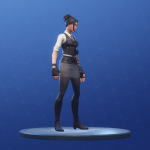 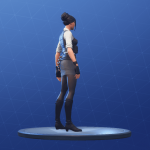 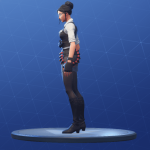 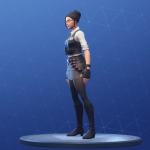 Rook high-quality PNG images with transparent background to use them as you wish (YouTube thumbnails, skin concept and so on). The Plague is an epic male player skin that is only available for the Battle Royale version of the game Fortnite. The Plague outfit...

The fight’s not over until I say so.

Rook Thomas from the novel: The Rook

Aawwww, she’s so perfect..! Figures it’d require effort to get her.. I hate effort…