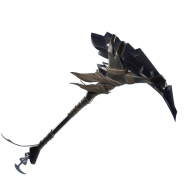 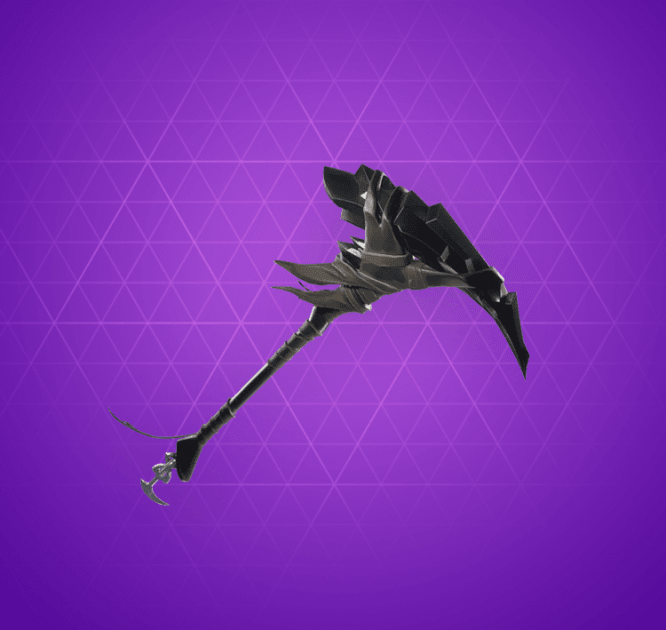 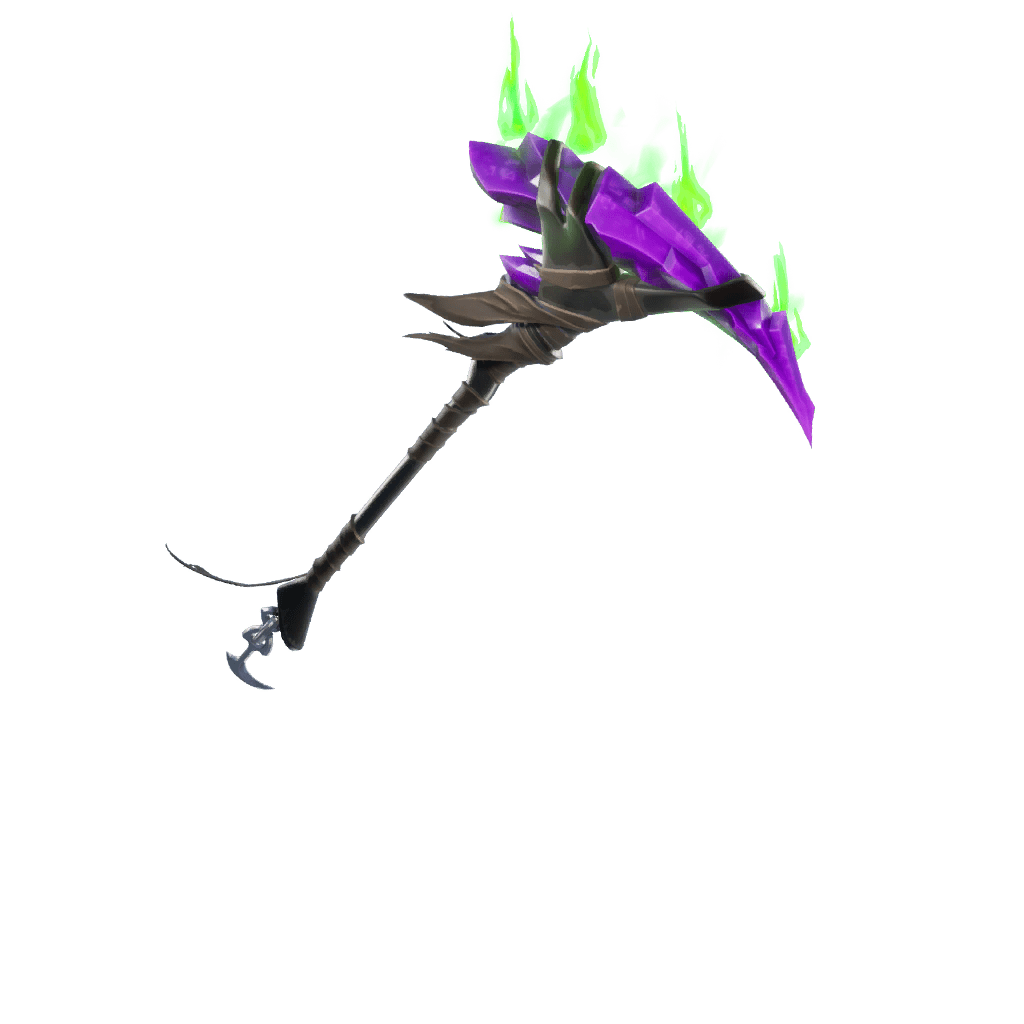 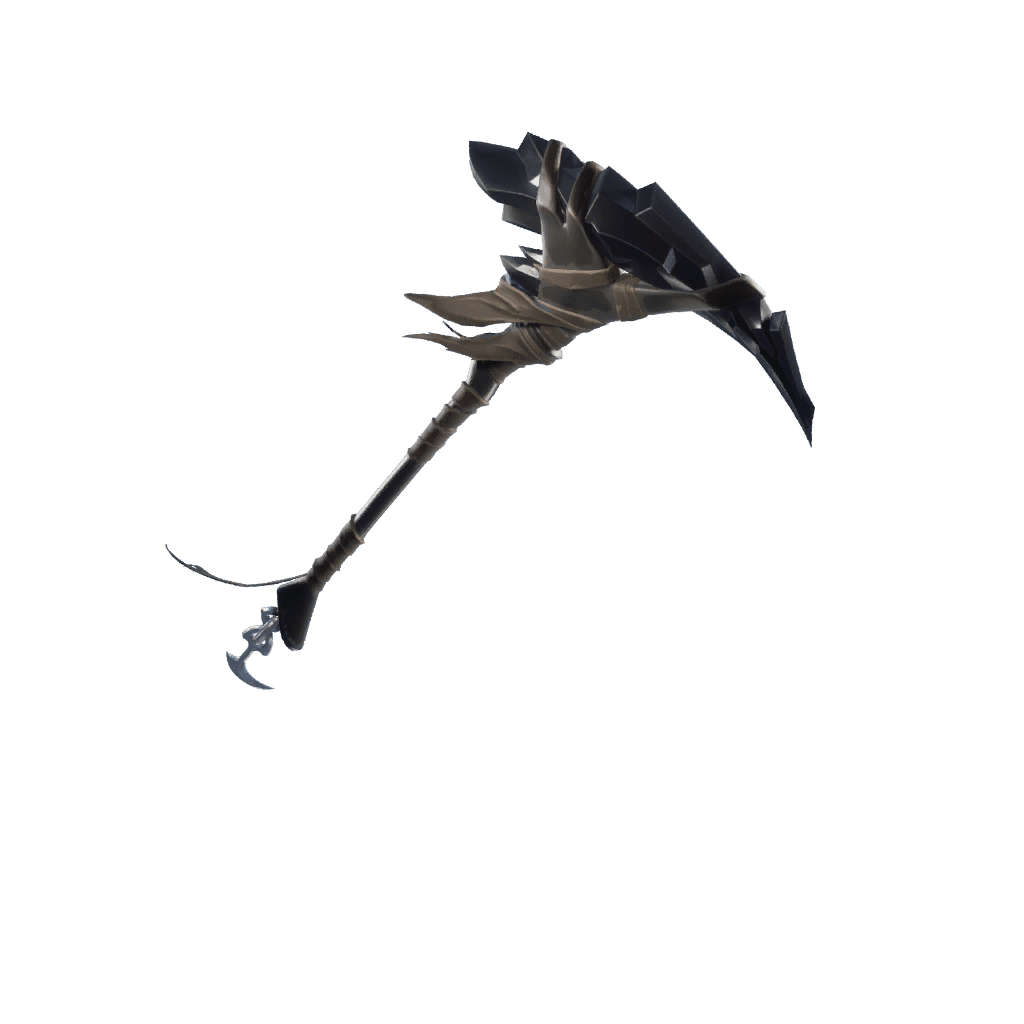 The Dark Shard features a sharp black shard of rock placed on top of a wicked-looking steel rod. The rock shard on top of the rod can also glow purple and emit green spectral flames, making this skin special as compared to most harvesting tool skins. Although the rock shard can glow, it does not emit light and does not have any other function. The shard on the pickaxe glows and transforms after killing a certain number of players in a single game.

This epic pickaxe skin is a part of the Western Wilds set. 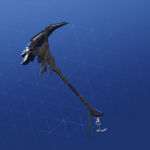 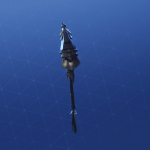 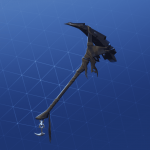 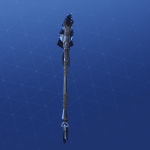 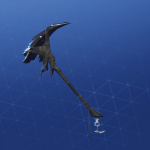 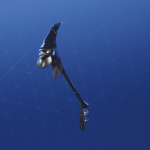 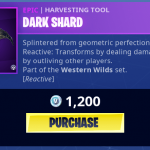 Dark Shard high-quality PNG images with transparent background to use them as you wish (YouTube thumbnails, skin concept and so on). 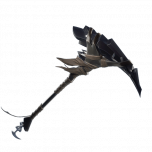 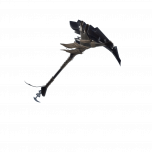 Dark Shard rotation history in the Fortnite Shop. Below you can see the first and last time when Dark Shard could be bought from Item Shop, also how many days it was seen and the dates list. This cosmetic item can be re-added in the future, so check the store regularly.

The Skull Sickle is an epic rarity harvesting tool skin that is available for the game Fortnite Battle Royale. Having this skin on your...

The Renegade Roller is the name of one of the epic harvesting tool skins for the game Fortnite Battle Royale. Just like all the...

The Rift Edge is the name of one of the epic pickaxe skins for the game Fortnite Battle Royale. Pickaxe Skins are cosmetic items...

I need this to go with my skin